With all the news going on in the world, it’s been very hard to focus on my writing.  Then again, realizing how big this grew, I’ve been struggling with the scope.  But here are some of the developments going on.

First off, I am going to be attending the Realm Makers Conference in St. Louis this year.  Hopefully I will finish my first draft by then, but we’ll see, right?

Second off, with all the craziness and… shall we call it evil behavior of the information mega corporations, I’m looking for new places to store data and conduct things with social media as I look to divest myself of Facebook, Google and Yahoo.  I am tired of being treated like a cheap commodity and with as much respect.  When this change-over happens, I don’t know.  Thankfully WordPress is owned by Automattic, and therefore I don’t think I will have to look for a blog alternative.  I’m also considering a Discord channel.

Third off, I’m really happy with the growth of book 2.  I recently did a lot of work clarifying the timetable of the chapters, which involved several shifts, and working to make sure characters had time to get from point A to point B and that communication also followed the same rules of physical space.  That’s turned out to be harder than you think.

And lastly, I found someplace that may be a good home for the Encyclopedia Akiniwazi, for free.  I’m still working on it so it’s not ready for release.  It will include the timeline and the atlas, so I hope that there will be a big reveal on that sometime in the near future.

Currently  “Volume 5 : Into The High Places” (again working title) is sitting at 46 chapters but 10 of them have not been written yet so I’m guessing it should end up around 260-270 pages if my average chapter length is in the ballpark, It means this volume might come close to 100k words too.  Uh huh… I know what you’re thinking.  Me too.

As for Volume 6… crap I have no idea.  It’s like I dumped out a 10,000 piece puzzle and the picture on the cover only shows part of the full thing, and none of it edge pieces.  But the scenes I have that will culminate into this whole story… Which BTW was supposed to be a single novel, not it’s own trilogy… Just… I can’t even….

But I’ve also got some new chapters written, so that’s a good sign… they’re just not in any order you’d recognize because I’m having to go back and insert them.  That’s hard to do.  Don’t care what anyone says.  I prefer to write chronologically in the order I expect the chapters to appear.  Helps me from getting confused.

Don’t forget about what I said about 10 more chapters to write on Vol 4 & 5 too for what looks like another 44 pages and 25-30k words.  Book 2 is going to be massive!  Reimar… you caused me such trouble!  Geez!

So some of the new chapter titles are as follows:

A Much Needed Consultation

The Distance of Family, The Intimacy of Enemies

So as you can see, new chapters are fighting hard.  Several are started but not finished too.  Again, hate writing out of sequence.

And now for another look into the first draft of Book 2.  You’ve been very patient.  As always, mind the loose boards and nails.  Things may change some from the finished product, boilerplate and fine-print insert here.  thppt.  Enjoy!

The Tavern Off the Pier was a ramshackle place near the town beach. Its main room was dark and smoky with the pipes of the patrons and generous hearth. The dingy gray-brown wood of the posts and rafters made the excellent food hard to believe. Forhors, now Brother Urban sat on a shaky stool at one of the several small round tables alone and finished giving thanks for his food. He then began tearing apart the “Bottle and a Bird” that had just been brought by the serving wench who also looked as run down as the building. The cider was sharp and refreshing, while the chicken was crispy, and dripping with salty fat. Although the day outside was bright and sunny, the wind was still too cold and made eating out of doors uncomfortable. Urban was most thankful for the warm fire that crackled merrily in the large hearth in the middle of the room, attended by the cook who roasted two dozen foul and several cuts of boar and venison on spits.

Licking off his fingers he relished the spicy meat. He did not know how they made it, but after one bite of the crunchy skin, he knew why this unassuming place was so busy. Urban sighed in satisfaction as he kept his own company. The first leg of his trip from Athrvorthfesting had been pleasant, if not a little exciting with the strong winds the knarr had to buck against. It felt good to be on the waves again, but there was so much farther to go, he was right to assume that he would be sick of sailing by the time he reached home. No good would come of to sending a letter ahead. He would reach home at the same time. None the less, he was certain they would be happy with the surprise.

Out through the rippled glass of the diamond paned window several ships jostled for position on the pier, or if they could, they nosed right into the soft beach and lowered the gangplanks to conduct their business. Brother Urban scratched at his new tunic where a seam on the shoulder was not comfortable. It would not do for him to be about in his Forhors robes, and decided to avail himself of the skill of his host’s mother, a talented seamstress, and have new clothes made. It had been so long since he had been out of his office’s vestments, they felt odd to his skin. Even still, he kept some remnants of his office that had been set aside in keeping with the colors of his sect, as to identify himself as a man of God, but not so much as to intimidate the common Forsamling. Ragnarites may be common on the edge of the wilds or large cities, but this was neither. Combine to this the missing weight of his sword on his hip, Brother Urban felt very much out of place.

A crowd of men came in as he enjoyed his meal, raising the pleasant mumble of the tavern to a riotous level. A ship must have just concluded business, and the men set loose to enjoy their wages for a night or two, and sjomenn took up the rest of the tables. Their soot covered faces and arms with freshly washed hands gave their jobs away as plain as could be expected. An off watch boiler crew from one of the steamknarrs at the pier. Brother Urban smiled in return when acknowledged by the passing throng and continued to eat. His trip’s next leg was beginning in a few hours, so he was in no rush.
Then someone outside caught his eye.

Through the same window, a couple stopped. A thin dignified woman, pipe in mouth with a large Skaerslinger man with her. Urban stopped chewing at the sight of the two talking before the Tavern off the Pier. They chatted for a moment, the man nodded, gave her a smile that men reserve only for their loves, and then he walked inside while she hurried off with a ledger under her arm to someplace else.
The Skaerslinger surveyed the room and saw a combination of angry glances towards him which he was immune to, but no places to sit. The big man walked over to the cook working the spits at the hearth.

“How much for a chicken and some roast boar?” He asked, his tone polite.
The cook was intimidated and took a surprised step back as silence now claimed the room.

“These are not for you, savage,” one of the sjomenn said from somewhere in the crowd. Brave enough to give voice to his distaste, but not brave enough to show himself. The Skaerslinger ignored the voice.

“How much for a chicken and some roast boar?” he repeated in the same manner.

“I…” The cook started to say, cleared his throat and tried again with a tone reinforced by murmuring from other sjomenn who had taken interest in what was happening. “They are all sold to those men.” The cook lied as he pointed in the direction of the hostile voices. The blackened boiler crew grumbled but backed up the lie since it meant keeping food from a Skaerslinger’s mouth.

The big man pursed his lips in mild irritation. It was plain that this sort of issue had happened several times before to him.

“Are you sure this is your answer?” there was no threat to the tone, but it was of such a serious nature, the cook looked ready to break even with the crowd behind him. The steamwright came forward and put down a single gold Penning on the thick stone of the raised hearth next to the cook. A half week’s wages for him.

“That should cover our meals and drinks.” His eyes locked onto the Skaerslinger’s who returned the gaze without malice nor fear.

“As you can see, Herr, these are all paid for.”

With a slow nod of acceptance, the Skaerslinger took two steps back and then turned to walk out, head turned ever so slightly as to keep the group of men in his sight just in case they considered violence wise. The door closed behind him and a discourteous murmur replaced the raucous conversation that had existed before. 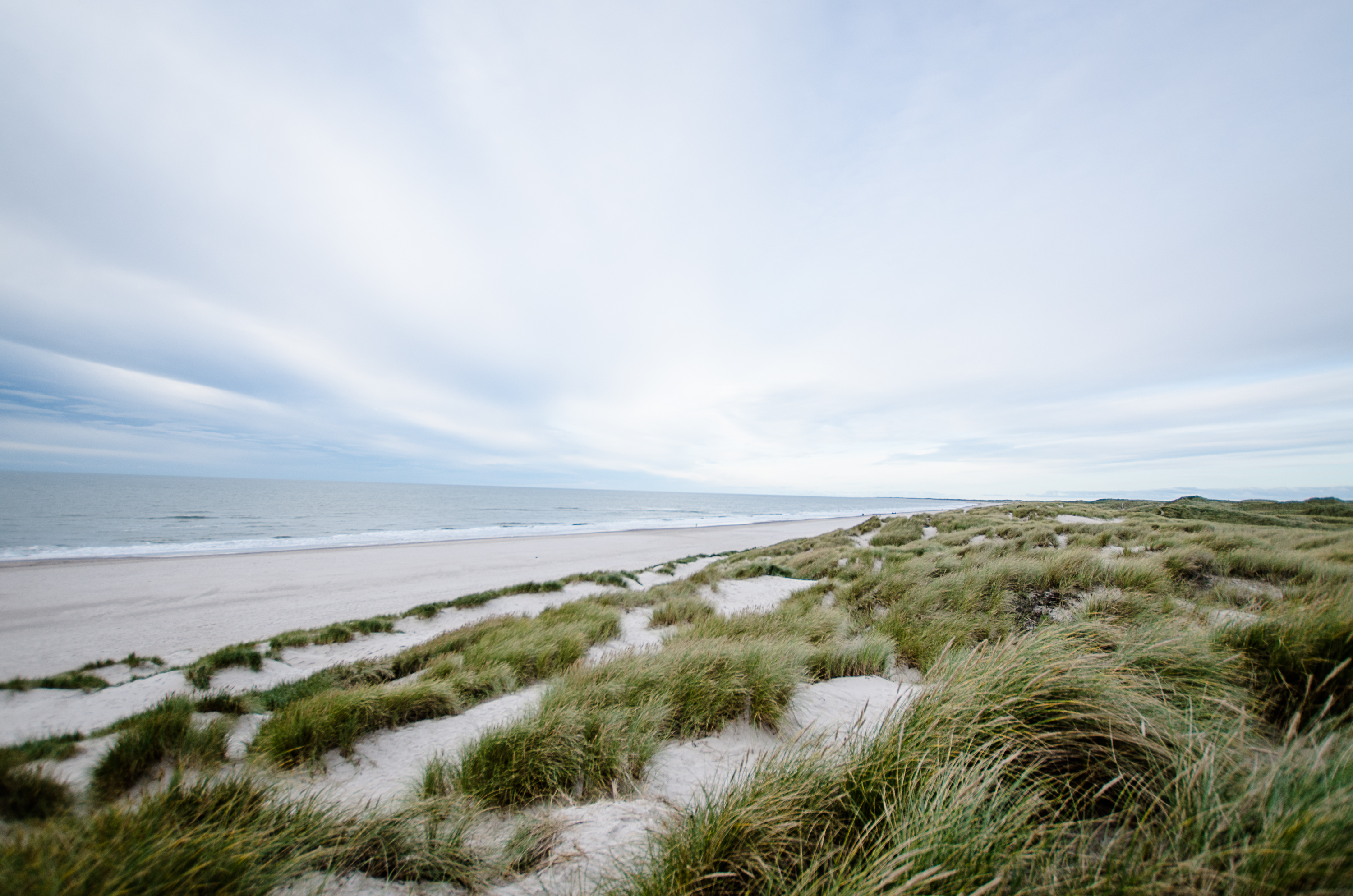