My Minnesota Adventure is now complete. I have to say that it has been both a good time and revealing time to go out and remind myself a place I called home for just about 5 years. I would had a grand time seeing old friends, and going to some of my favorite places that I used to enjoy when I lived there.

Unfortunately I was also reminded all those reasons why I fled living in a big city like that. It wasn’t that I dislike the place, no I cannot tolerate the oppressive atmosphere hopelessness and anger that pervades the areas where I was forced to live. Don’t get me wrong, the Cities are fine if you have money. Then you can live safe and content, generally avoiding most of the areas which would cause worry and fear to be touchstones of your daily life. Unfortunately I had neither money or safety when I lived there. So I was able to see personally and within touching distance how bad life can be for people who have limited means. Plus, I worked in a job that kept me in constant contact with some of the best as well as the worst Elements of Life in the Twin Cities. That unto itself is an education. How I managed to get through this time without being assaulted, robbed, or worse, yes, living there taught me there probably is worse than those two things, is amazing. I know friends thought I was a big chicken, because no one was going to assault someone who looked like me according to them. It didn’t matter. I did not come from this kind of a background. So that meant I was not willing to take the risks or assume that the behavior of the people around me that was, shall we say, less-than-stellar was acceptable or normal me Big City radar. That isn’t to say that I wasn’t able to recognize danger, or realize you always had to be aware of your surroundings, but those activities were exhausting and painful to undertake.

Another pleasing aspect was I got to revisit one of my favorite places to go when I was in the Twin Cities, The Source. It had moved, which was good because it took it to a much more convenient place as far as I was concerned right across from the HarMar Mall. For those who do not know, the HarMar is a dumpy little place with the best Barnes & Noble you could possibly want to find. With a penchant for really good events. Unfortunately the first time we went to that Barnes & Noble for old time sake, it was completely overrun with Harry Potter fans. As I have stated to many people, I will never read, nor watch anything Harry Potter.  They were holding a youth event and within 30 seconds I was over stressed. But that is when we discovered the source was directly across the street.

Unfortunately, by the time we got there, it was closed for the evening. So, the following day we went back, not only for my edification, but because my friend’s daughter had just been introduced to Magic: the Gathering. Her friends were nice and gave her a deck and which to learn to play… of all the cards they did not like or had a few extra. No, it’s not often that generosity sometimes leaves you with a bitter spike in the back of your head. These were not good cards nor a good design really.  That is being a bit unfair, for one or two of the cards were good.  But that was all. This left her completely at the whim of her friends to beat up on her when they play the game. I decided to remedy that.

Thankfully, they had a Bargain Bin. $0.20 a card and we took full advantage of it. There were a few tricks that could enhance her deck so i used the. With a few choice cards and a starter box, that all changed. I took the skills that I had earned as an old-school Magic the Gathering player from way back when and it became a frustratingly naughty little deck. I just loaded myself up with squee thinking about how her friends thinking they knew what she had would react once they dealt with a deck that was tuned to play in tournaments  when they themselves we’re not familiar with how to play in a tournament.

I must admit that was probably the highlight of my vacation, of going full-on nerd and making a teenage girl the alpha nerd of her social circle.

Of course that’s not quite true. The highlight was being able to go to my favorite “always gotta go there” restaurant for brunch on Sunday. If you ever get the chance to go to brunch at Jax Cafe in Northeast Minneapolis, do so! It’s expensive, and worth it. None of my friends who came to be there with me I never been there before. So I was given the wonderful response being able to introduce them to a real gem the restaurant scene in Minneapolis. 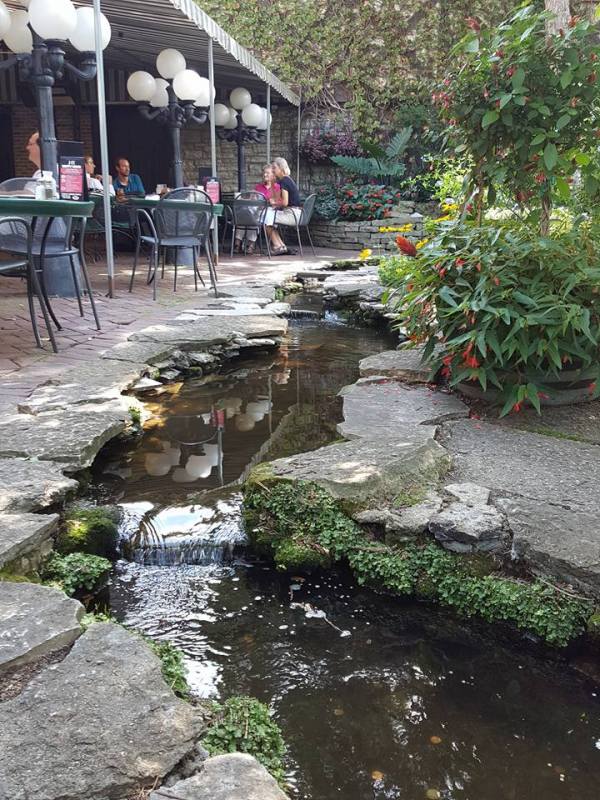 All in all, I’m glad I went. The time away from work was refreshing, and it provided me with more experiences to enjoy in my memory.

We shall now engage in our regularly scheduled posting.  See you Friday.