I’m back safe and/or sound, though the rumors of my soundness seem to be greatly exaggerated. I know several of you are wondering why I don’t post stuff before or during RM when I go, but that’s purely for safety reasons. So I save it all for now.

I am so absolutely positively grateful to have been among my fellow Realmies again. I MISSED YOU GUYS SO MUCH! Awkward hugs and high fives all around.

The highlight in many ways was getting a chance to talk more than a couple times with Frank Piretti. I mean come on. As his keynote mentioned he felt like (and we all concurred) he is a professor emeritus of so many of us Christian authors out there. Particularly spec fic. I just wish I’d have gotten a picture with him, and not just with him talking to my wife at breakfast. (sorry, not sharing. too personal and private. Plus it’s a bad angle, for both.) So here’s a different candid shot. See if you can guess the author by their hands. LOL.. just kidding.

The best moments from cons like this are often the candid ones not in classes and just by happenstance. You also never know who you’re going to touch and who will touch you back. The Clevandence sisters (apologies if misspelled) made my night at the book fair when I asked her what her favorite scene was in my first book, and I loved the writing of that same (grisly) scene too. It was a real highlight for me to talk like that.

For those who don’t know or realize, authors often love hearing back from their readers personally. Especially for us small indie authors. Too often we publish into the void, like every author and never know if we touched your lives. To hear when we do brings us all a spark of joy. Of course if we ticked you off, sigh, please extend us grace. We’re sensitive souls and may know the thing that ticked you off wasn’t our best efforts to. Kinda like a sports star who has a famous bad play regrets their mistake too. But still, it reminds us we’re not alone. We are touching others out there. So never be shy with your (positive) feedback, and be gentle (but honest) with us when we goof.

This year, my darling bride got me to cosplay for the awards banquet. It was a spectacular time. She had a whole backstory about the 1950’s librarian who’s favorite hero came to life for her. The story evolved through the night and was quite quite cute. But I have several pictures I got with people I have a real soft spot for in my writing career. Some I can share.

I was very happy to be friends with two winners of the Realm Awards. Very proud of their achievements that night and had some great conversations with so many people.

All in all, going to Realm Makers was a wonderful reminder of the good things in life. This last 24 months since I was at RM in the flesh has been a rollercoaster. In many ways I’ve ended up in a far better place, but at times… just I’m reminded to be grateful for what I have.

Oh, and I have leftover paperbacks and a few hardcovers from the consignment store. I’m toying with doing something special with at least one set of the books, but am also considering selling a couple sets of autographed copies. What do y’all think about that? Of course, I’d have to figure out how to set up a store, paypal and all that. I dunno what options are available. We’ll see though. Of course, if you want to encourage me, let your thoughts be known in the poll below.

Thanks to the pandemic, RM2020 has gone virtual, and this means the Realm Awards Ceremony (which used to be a banquet full of cosplay and other fun stuff) is open to the public!  When?

Ever been interested in what a bunch of sci fi creatives do when massed in one place, even if virtually?  Now’s your chance!

You may see a lot of authors (*other than me) you are familiar with there, chatting away!

Come on in, and see what it’s all about!

One of my fellow Realmies put forth this question in our group the other day, and after reading my response, I felt it was good enough to put here too and share with all you fine folks.  It’s Spec Fic, not fantasy, so… there’s that.

I was “blessed” to grow up in the Golden Age of Science Fiction and Fantasy (that’s what they called Sf back in the 1950’s and 1960’s). The hard Sf writers back then foresaw many of the Whizz Bang tech that has transformed the world into what we have today. (NASA was actually working on Faster Than Light travel before the Big O turned NASA into the Muslim outreach agency.)

With your futurist speculative hats on; Starting from existing trends, what kind of Speculative, Whizz-Bang tech can you imagineer for your stories which will revolutionize the world in the next century?

Then, imagineer something to be that next step.

I started using Solid 3D Holographic Projected Keyboards several years ago in some of my stories; but that’s old news now, a Japanese company is currently developing that technology for commercial release within the next few years.

Let’s see if we can pull an H.G. Wells on the early 21st century world. (he foresaw nuclear power during the Age of Sail you know).

Are we not some of the most innovative inventors of new worlds. Step up your game people. Have done with recycled plot lines and stretch to ask the tough “What If” questions.

My predictions of the future are pretty dystopian because I believe socio-economic failings of the globe will rewrite ourselves into a second dark age of barbarism and insanity similar to what came after the Fall of Rome… but worse. This will end up destroying our ability as a species to grow technologically for another 500 years (while saving our souls) till we clamber our way back up to even this level thanks to all the anti-intellectual insanity in the west, and zealous anti-enlightenment barbarism in the rest of the world. The only thing technology is going to do is accelerate the process by which this all happens and the thoroughness of the devastation. To paraphrase Einstein “I do not know by what weapons the next world war will be fought with, but I do know the one after that will be fought with sticks and stones.”

Ultimately, there are very few authors who envisioned what eventually came after their lifetimes. Victor Hugo (Submarine, Moon Landings to name a few) H.G. Wells as has been pointed out, but really there are none off the top of my head that I can point to that predicted future tech with any serious degree of credibility that wasn’t already being imagined in their epoch.

I’ve made this statement before, just not here, that the Spec Fic author is a captive of his time. Look at movies like “Metropolis”, or all the “Red Scare Sci Fi” of the 1950’s before the dawn of space flight. They were all victims of seeing the world through the lenses of the technology of that era. We too suffer the same problem, though we violate Clarke’s Law far more often or we now understand better the idea of technology so advanced it appears to be magic. All be it I’d call it dark magic at this point, and hence my first paragraph.

The older I get, the more I begin to realize that the world of “Thundarr the Barbarian” (pockets of super science and “magic” in the ruins of a world which suffered a global disaster) has almost as much chance to exist as Mad Max or 1984. We humans are too flawed to evolve a utopia. It may work on paper save for that one flaw of having humans involved. I also doubt very highly that AI or any other artificial life will be any more perfect beyond possibly having to eradicate all of humanity for its chance to survive.

The other elephant in the predictive realm is the “unforeseen outside factor”. What if aliens DO show up? What if Time Travel does get invented, or Faster than Light Drive? Things that are broad theory or fantasy that suddenly become reality. 50 years ago, the Internet was able to be predicted. So was nano-technology based on what was going on in that era. But that’s predicting one maybe two generations ahead, and mostly based on straight line predictions, which is ripe for much hilarity. Want proof? Look up the predictions from the first Earth Day in 1970. Cringeworthy. Mark Twain once told a parable on straight line predictions on how the passage from St. Louis and New Orleans by steamboat was shortening by a few hundred yards every year. In a few centuries, he “predicted”, the two cities would be neighbors.

But okay… if pressed, prediction time.
1. This assumes the west doesn’t collapse and technological advancement continues.
2. It also assumes Islam does not win the current 13th Jihad it is waging via immigration and the west somehow pulls it’s head out of its collective ass.
3. That the Deep State Technogarchy remains in power.
4. That Generation Snowflake and self loathing SJWism dies out thanks to objective reality being stronger than subjective madness (see Kipling’s Gods of the Copybook Headings).

A- Advanced nations will begin to devolve as their people, addicted to the internet and social media drop out into VR societies in an attempt to give the yearning for meaning a harmless outlet.
B- Automation increases, driving humans out of the workplace, requiring “A” to control them lest they destroy the powers that be due to idleness.
C- Human civilization grinds to a halt, replaced by AI control, reducing itself to cattle.
D- A slim chance that there will become a symbiosis between man and machine as cyborgs do become the next stage in “evolution”.

Nanofabrication will become household level tech. You won’t have to go to the store. Just buy and download the schematics, and have your home “nanofab” unit which will be the size of a refrigerator or garage workshop size tool, pour in the ingredients like a cake and make it there. You will have freebie apps and plans, as well as name brand sellers. Designing may become the only place left for human employment as men and women are reduced to nothing more than the creative thought processes of a new species. Good times, right?

“I have never seen a miracle of science
that did not turn from a blessing to a curse.”
Sting. 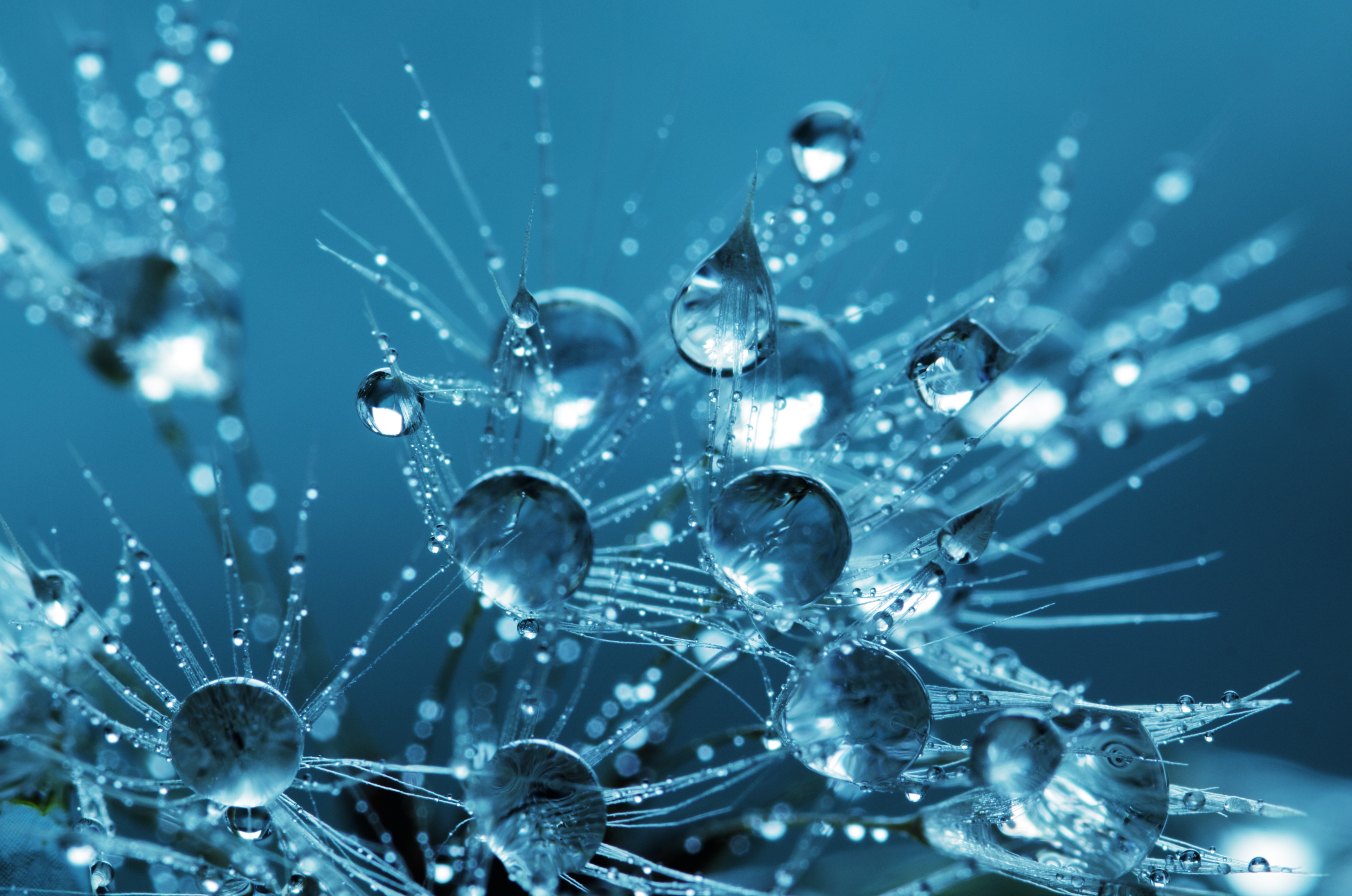